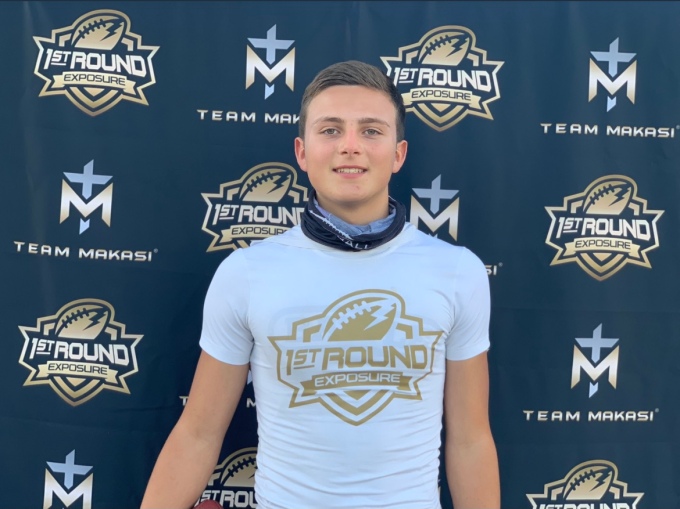 One of the best dual threat QB’s in San Diego , Cooper will be going into his Junior Year with many Varsity starts under his belt expect him to take a leap in progression with a talented core of Wide Receivers at the Hive .

Curry can spin it and showed his potential in the Spring Season with the Titans . It will be exciting to see his growth in the fall as he has all the tools to be an elite QB .

Rudden had a breakout year with the Mustangs, he was very impressive in the upset win vs Mater Dei making big throw after big throw not afraid of the moment . With a solid core of weapons coming back expect Rudden to raise his game to a new level .

Brian Rudden is all you want in a QB. Smart, high motor, discipline, and a cannon of an arm. Brian started Varsity as a sophomore and looks forward to having a HUGE junior season. One of the best C/O 23’ QB’s in San Diego. College coaches, don’t miss out! https://t.co/qu9V6rAd2O

Connor was ready when his name was called upon taking over for LCC’s starting QB when he went down with an injury , he made some big throws in a win Vs Oceanside showing his mobility in the pocket and throwing the ball with poise.

Davila saw playing time during his sophomore year and showed promise , he has good size and athleticism and throws a good ball . Going into his Junior year he will have a good group of WR’s to throw to .

Nankil hasn’t started on Varsity yet but he already has a D1 offer from New Mexico State University . He has been killing it on the 7 on 7 Circuit and with a ton of talent around him at Mater Dei he should flourish into an Elite QB .

Had a great time this weekend in mesquite competing with my guys💯 @TeamMakasi @CoachVMAKASI pic.twitter.com/Zy3K4Mkm0s

Julian has been racking up Division 1 offers over the past couple of weeks . He saw limited playing time on Varsity but enough to show off his unique talent at the QB position .

Jessie saw playing time as a freshman and showed flashes and potential of what is to come . He is mobile and has a strong accurate arm , the QB of the future for the Highlanders .

Given playing time as a freshman Johnny made the most of it and showed his potential dropping some impressive dimes and playing with confidence.

Freshman QB Iosefa Letuli got some playing time in the final game of the season vs Lincoln and made some impressive throws. At 6’5 he has big time potential.